What to Watch for Aquarius

Oct 18, 2021 - Oct 24, 2021 - You love a good mystery, especially when it hits the newspapers and hasn’t been solved for years. Zodiac, now streaming on Netflix, is based on the case of the Zodiac Killer whose identity was never found, until this past month in 2021. His terror reigned over the San Francisco area between the 1960s and 70s. Both detectives and journalists worked endlessly to see who the Zodiac Killer was.

Bonus Pick: You love a good mystery and conspiracy, Aquarius. Believe it or not, those exist outside of the government and true crime. Bad Sport, now streaming on Netflix, tells the tales of some of the saddest occurrences of greed and political drama, infiltrated in the world of sports. From race car drivers, who are forced to smuggle drugs, to ice skaters, who have to placate world governments. Each story tells the who and the why, of each crime and what was at stake.

If you've pulled the Star card, you know you're going the right way. If you're setting goals for yourself, you'll make sure to see them through. And though rewards may still be on...

Keep your face to the sunshine and you... Read full quote 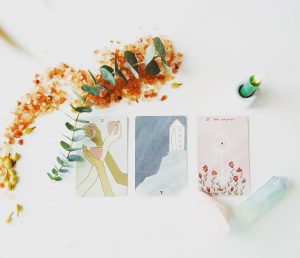 Why You Need Tarot To Help Get Rid of Emotional Baggage