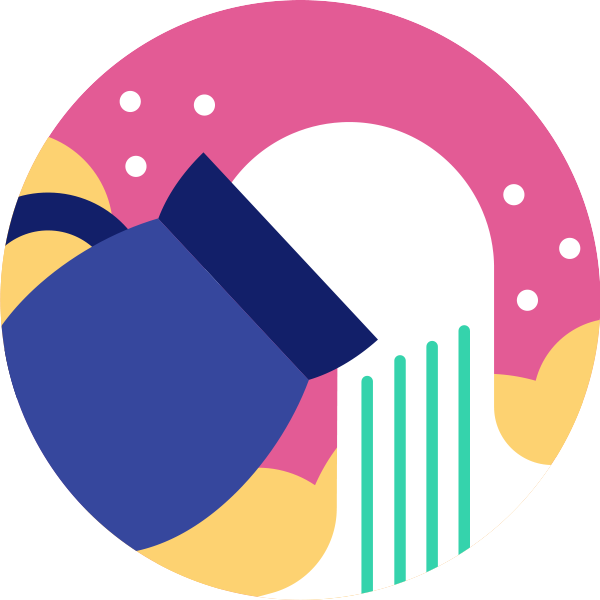 Aquarius in love may march to the beat of their own drummer—the free-love era wasn't named "The Age of Aquarius" for nothing. Aquarius doesn't take a lot of stock in what "should" be done, but Aquarius has their own rules, codes of ethics, and morality and takes all three incredibly seriously.

Aquarius may be skittish when it comes to love. While they enjoy flirtatious relationships and can easily be in a longterm "friends with benefits" situation, love—even when they have deep feelings for the other person—can lead them to feel trapped or scared of the future. An Aquarius doesn't want to depend on another person, and they don't want someone else to depend on them. Trying to navigate healthy codependence in a relationship is a lifelong Aquarius challenge.

Aquarius is physically passionate, honest, and very in tune with their sexuality. An Aquarius may find sex connects them more deeply to themselves, as well as their partner, and believes that sex can exist outside of love.

An Aquarius cares deeply about their partner, but believes that love is not asking another person to put the other person's needs ahead of their own. An Aquarius in love isn't selfish, they're pragmatic, and they're doing what's most honest for them.

Gemini: These two air signs are intelligent, fun, and occasionally derided as quirky by other members of the Zodiac. This pair connects well on a physical level, while also giving each other the psychological space they sometimes need.

Aquarius: Fellow Aquarians respect and love what each other brings to the table. They don't take the need for independence personally, understand that love may take time to build, and have a pretty amazing carnal connection.

Sagittarius: Fire sign Sag can add some heat to ethereal Aquarius, and may even make Aquarius commit to love. Both adventurers, both independent, and both very sure of what they want, Sags and Aquarians can bring out the best in each other—if they don't drive each other crazy first.

Want to impress an Aquarius? Don't bring them to the five-star restaurant everyone goes to, please. An Aquarius wants a unique date that isn't about putting on a show. An Aquarius is much more touched if you remember her coffee order and swing by the place she's volunteering than she is by someone who plunks down their credit card.

Many Aquarians cringe at the word "date," feeling like the concept is too formal and antiquated. Instead, Aquarians find their partners through their friend groups. Being open, honest, and willing to play nicely with the friends an Aquarius already has means a lot. An Aquarius would rather have a casual one-hour long hangout before committing to a true date, and an Aquarius would ideally like to split the bill.

An Aquarius may seem go with the flow, but in the early days of romance, it's best to follow their lead. Trying to fit an Aquarius into a "typical" date scenario will only turn into disaster.

The Deal with Aquarius and Earth Signs

It's common for airy Aquarius to become downright obsessed (well, as obsessed as Aquarius gets) with earth signs—the exact element they shouldn't go for. What's the deal?

Earth signs (Capricorn, Taurus, Virgo) speak to the constant push-pull Aquarius has of wanting to settle and wanting to fly. Constantly flitting from idea to social circle to love interest is exhausting. Earth signs represent stability; an anchor in an unchanging world. It's against the nature of an Aquarius, but it also can seem so very intriguing. So, can this match ever work?

In short, yes! The trick is for Aquarius to respect that they cannot—and should not—change the earth signs. In turn, an earth sign needs to give Aquarius space and independence. The two need to communicate, since both are literally coming from different worlds.

Both signs respect honesty, and having open conversations is key. Aquarius and earth signs also may try hard to cover their true feelings, so learning to be a little vulnerable with each other is also a key lesson for both parties. With time, patience, and a little bit of luck, this love match just may work.

How to seduce an Aquarius

For an Aquarius, little moves go a long way—and they're always watching. Start with yourself. If there's any self-improvement you've wanted to do, from reading a certain author to finally committing to running that marathon, get started now. An Aquarius is impressed by commitment, and leaving happy hour to get a 10-mile run in will go far in their book.

Aquarians are one of the friendliest signs in the Zodiac, and being nice is a huge factor in whether an Aquarius will be interested in taking things further with you. Being friendly to the Uber driver, getting to know people's names, and saying something nice—instead of gossipy—about someone not in the room will also make you stand out to an Aquarius.

Have a killer Spotify playlist: Aquarians love music, and they'll be impressed with indie and obscure artists on your playlist—and yes, they are looking.

Volunteer for a cause: Big believers in social justice, Aquarius loves seeing their potential love interest try to make the world a better place. Just don't try to volunteer with the same place your would-be Aquarius partner is volunteering, unless it's a cause you care about. Aquarius can spot insincerity from a mile away, and it's a huge turn-off to them.

Argue with them: Aquarians love opposing points of view, so having an opinion and backing it up is much more impressive than you agreeing with whatever they may think or say.

How to Make Love to an Aquarius

Aquarius has a reputation of being the free-spirit adventurer of the Zodiac, and while that may be true, an Aquarius won't be impressed if you pull out all your bedroom tricks or toys on the first night. Aquarius is all about being in the moment and finding the right moves as a couple. For Aquarius, sex is give and take, and Aquarius believes in constructive pointers, suggestions, and adjustments to make the sex amazing.

Aquarius likes lights-on, clothes-off sex, and any body inhibitions by their partner can be a turn-off. Aquarius likes being praised for what they do well, likes conversation in the bedroom, and also loves fantasizing about what you might do next. Aquarius is just as turned on by mental games as physical ones; steamy texts can set the mood hours before you actually see each other in real life.

If You Love an Aquarius Woman

Understand she's not contradictory, she's evolving. Give her space to grow, and remember that her wanting to be alone or needing some space isn't a rejection of you. An Aquarius woman wants her ideas heard. You don't need to agree with her viewpoints, but you must respect her opinions.

An Aquarius woman has many friends, and she won't ghost them just because she's in a relationship. It can be a challenge to get on the calendar of an Aquarius woman, but don't give up—it's worth it.

An Aquarius woman doesn't want a million texts from you. She cares about you and loves you, but also likes being in the moment with other people when she's apart from you. For an Aquarius woman, space is one way to show love.

How to Communicate with an Aquarius Woman

An Aquarius woman loves thought experiments, and sometimes, deep conversations about love and life may not be about your relationship at all. Don't assume anything, and know that an Aquarius sometimes needs to talk things out before she lands on her true beliefs. Give her space to speak.

Text can be annoying for Aquarius, who prefer IRL conversations. Aquarius can also be hard to pin down—try to have FaceTime sessions if you can't see each other for a long period of time, since too much gets lost in translation over email. Aquarian women can feel pinned down by platitudes. Skip the "I love yous" in favor of more extensive communication on what's going on with you to make you want to say that to her.

If You Love an Aquarius Man

An Aquarius man may seem afraid of commitment, but he's not—he's just selective, and honest in telling people that up front. Instead of trying to pin him down, give him space. Don't play games, but be busy in your own life—he respects that, and nothing turns him on more than someone who seems happy and content exactly as they are.

An Aquarius man hates when a partner seems jealous, and an Aquarius man won't drop his friends because he's in a relationship. Understand that, and trust him. If you feel he's too flirty with a certain person, it's fine to point that out, but do so in a way that isn't accusatory.

You may always wonder what an Aquarius man is thinking—and that will be true even if you're with him for fifty years. Accept that there are some parts of him you may never reach, but it's not personal—he likely hasn't even fully explored those parts of his psyche himself.

How to Communicate with an Aquarius Man

Ditch the texts and be direct. Let him know what you want and what you'll need, and he'll honestly tell you if that's something he can give you. An Aquarius man relies on you to be honest, and while he may be direct in return, he's not doing so to hurt your feelings. Forget about playing games; they won't be appreciated, and he will likely feel pinned down and trapped.

Should You Marry an Aquarius?

Yes! Intelligent, adventurous, and sensual, an Aquarius will always keep you on your toes. You will be learning about your Aquarius partner for the rest of your life, and an Aquarius will always push you to learn more, read more, and dig deeper into yourself. When you fall in love with an Aquarius, you fall in love with the searching, idealistic, sometimes moody side of yourself. It may not always be easy, but it will never be boring.

Signs That an Aquarius Is Playing for Keeps

Aquarius can seem stuck in the friend zone forever. They're flirty, fun, and seem to act like a partner. You may even have a toothbrush at their place. But is it really the real thing? Here, three signs that an Aquarius is serious about a relationship.

An Aquarius can always seem flirty, but they tend to do so out in the open. If an Aquarius seems secretive, or is peeling off from a group to talk one-on-one to someone, it also may be a sign something is up.

Finally, a happy Aquarius is an intellectually stimulated Aquarius. An Aquarius who's loving life is always downloading new songs, reading new books, or asking your opinions on articles. If that stream of conversation has stopped, it may be a sign they're not as happy as they were—or are getting feedback from someone else.

How Aquarius Deals with a Broken Heart

A broken heart hits an Aquarius hard. They don't give their heart easily, so when they've fallen in love, they can feel vulnerable, wounded, and depressed when the love is no longer there. Not like they would let anyone know that. An Aquarius will lash out by pretending they didn't care very much to begin with, even indulging in gossip, which is out of the ordinary for this sign.

An Aquarius may need some solo time to lick their wounds. An understanding friend to check in on them and pull them out of their funk is helpful. So, too, is making sure that there are plenty of parties available for an Aquarius to attend. They may not want to go, but getting the invites is a reminder they are still in demand. 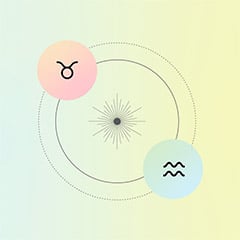