Embrace Your Power—5 Types of Witches and Witchcraft

Witchcraft seems like a particularly buzzy topic these days, with books, blogs, and more delivering ancient magic to a modern audience. But while stylized Tarot cards and light-catching crystals have their place, the shift from intrigued observer to practicing pagan can be a daunting one. So why not start the process by determining which brand of witchery resonates with you?

Read on to learn about five specialized takes on witchcraft, where the variants came from, and which type of witchcraft resonates most with you.

Read Me: Your Ultimate Guide to Modern Witchcraft Tools 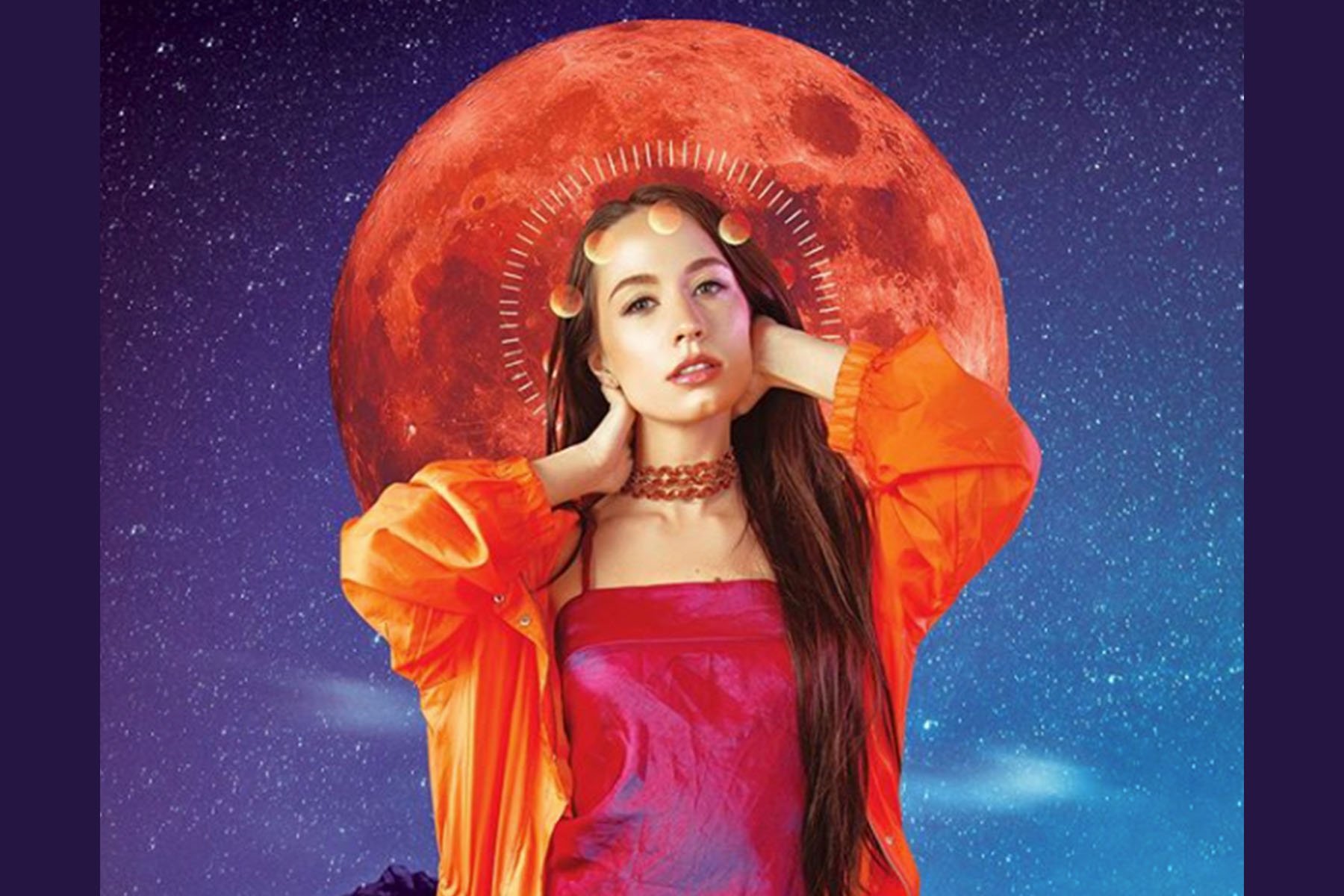 What is an astrologer? An astrologer, or cosmic witch, is a witch who uses planetary and celestial energy in their practice. They study and feel a personal and spiritual connection with not only the main planets in our solar system, but with asteroids, meteors, supernovas, stars, constellations, galaxies, and black holes. Cosmic witches pay particular attention to astrology, horoscopes, and zodiac signs—but that only gives us a picture of how the cosmic forces influence the individual. Cosmic witches are focused on how celestial energy influences the inner self, but also the world.

History: Cosmic witches have been around since the study of planets. According to the American Federation of Astrologers, the Babylonians are credited with the birth of astrology. They used their astrological charts to predict the “recurrence of seasons and certain celestial events.” Around 2000 B.C., Babylonian astrologers believed that the sun, moon, and the five known planets (Uranus, Neptune, and Pluto had yet to be discovered) all had distinct character traits (Mercury representing communication, Venus representing affection, and so on). Cosmic witches use these planetary traits to call upon their energy. For example, many witches choose to perform spells on a full moon because the full illumination can create an extra magical boost and enchantment—and the rock itself is said to align with emotions and the soul.

Modern cosmic witches: A present-day cosmic witch may not be using astrology to predict the weather, but rather to predict future events or influences. For example, it’s beneficial for a cosmic witch to know when Mercury is in retrograde, and in which sign, because it will allow them to determine where communication breakdowns will occur, and in what guise. If a cosmic which was planning to perform a love spell, their best chance of having it being successful during a new moon which corresponds with new beginnings and relationships.

Read Me: The Magical Tool That Works Best With Your Sign 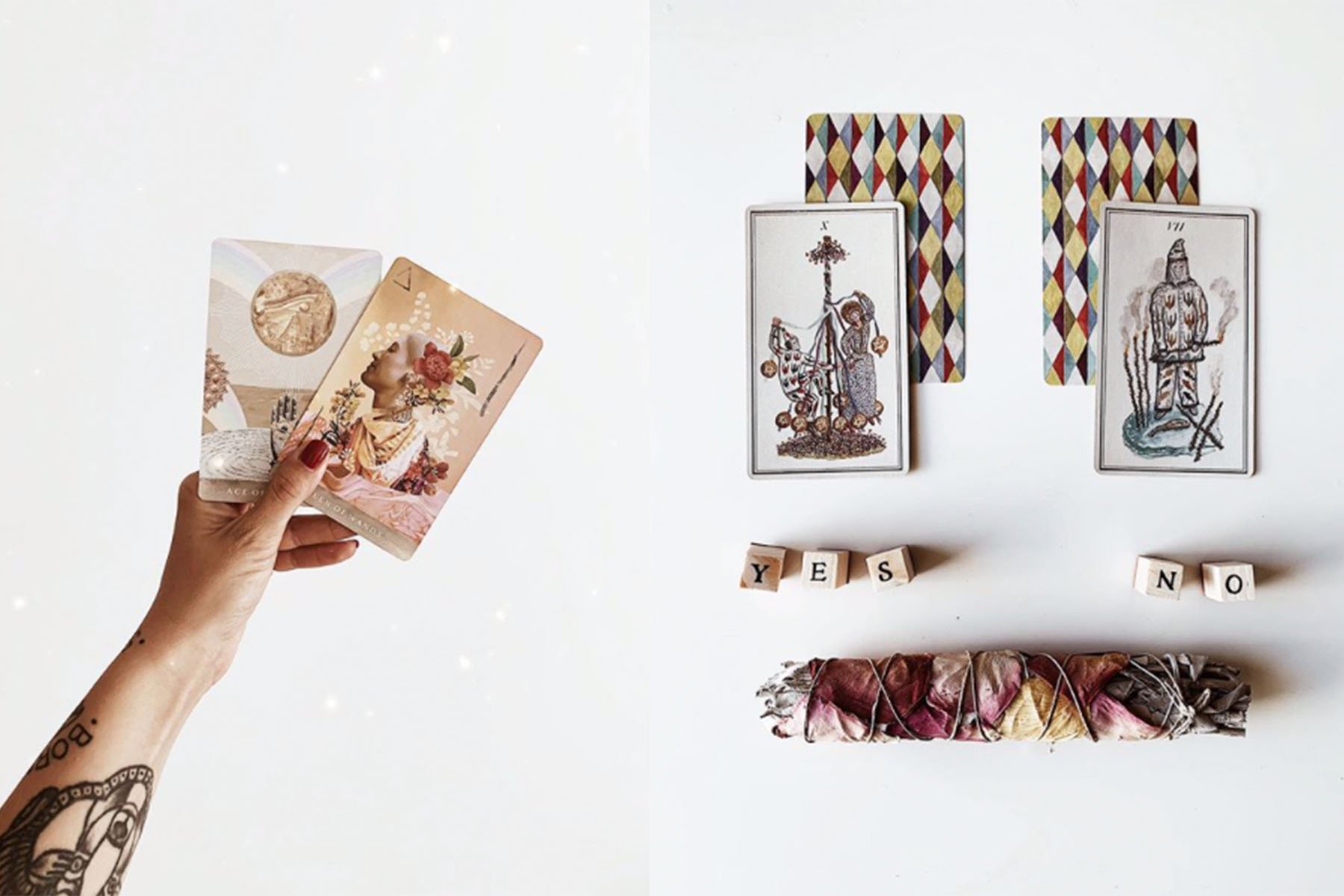 What is a divination witch? A divination witch uses their magic to try to predict the future, often employing a variety of tools—or one that resonates. There are so many mediums with which to connect into the magic of the world: think Tarot cards, oracle cards, a pendulum, the I Ching, palmistry, and tasseography, and more.

History: Divination and divination witches have existed in just about every time period in history. In ancient Greece, divination witches were known as Oracles, and it was believed that deities spoke through them. A famous oracle was high priestess Pythia—known as the Oracle of Delphi—who was thought to be the mouthpiece of the god, Apollo. Every culture has its own form of divination. In ancient China, the diviner would carve out their question onto an ox bone until it cracked, and then the cracks were analyzed.

Modern divination witches: Today, divination witches don’t claim to be the mouthpiece of the gods; instead they use divination to predict likely answers to simple queries like, “Am I on the right career path?” or “Does this relationship stand a chance?” And in true modern fashion, divination methods like Tarot can even be found on our phones. 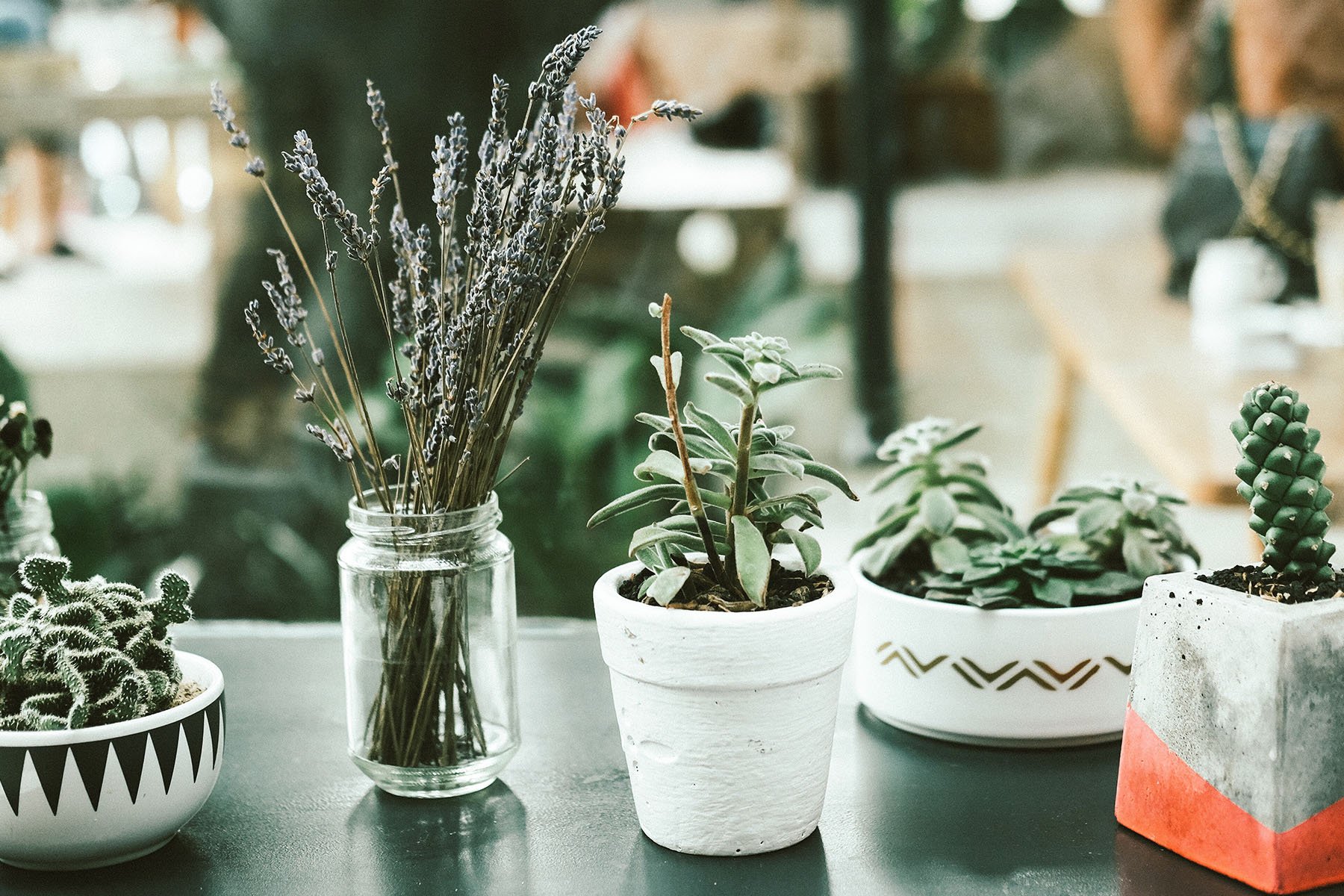 What is a green witch? A green witch works with magical properties found in the natural world. Their craft is based on respecting nature and all living things. Green witches focus on the magical correspondence of herbs, plants, and flowers. This incorporates herbalism, which is the study of botany and use of plants intended for medicinal purposes.

History: Herbalism is found in many cultures, but Chinese herbal medicine is one of the ancient variations still practiced today. Chinese herbology is based on the concepts of yin, yang, and Qi energy, where the herbs can either cool (yin) or stimulate (yang) certain parts of the body, the concept used for ritual and spiritual practices as well as medicinal. In parts of Africa, an herb known as purslane was used for purification during and after ritual ceremonies, while in some Scandinavian countries, clover was once used to ward off evils spirits and help develop psychic ability. In folk magic tradition, chamomile is said known to bring luck.

Modern green witches: Today, green witches still take herbal magic very seriously, using essential oils and creating small physic gardens in their own apartment. (You can find plenty of green witches on Instagram for inspo!) Be aware that this is a learned art: it’s extremely important to know the health effects of the herbs you plan to use or ingest as well as the magical benefits.

Read Me: The Best Houseplant for You, Based on Your Sign 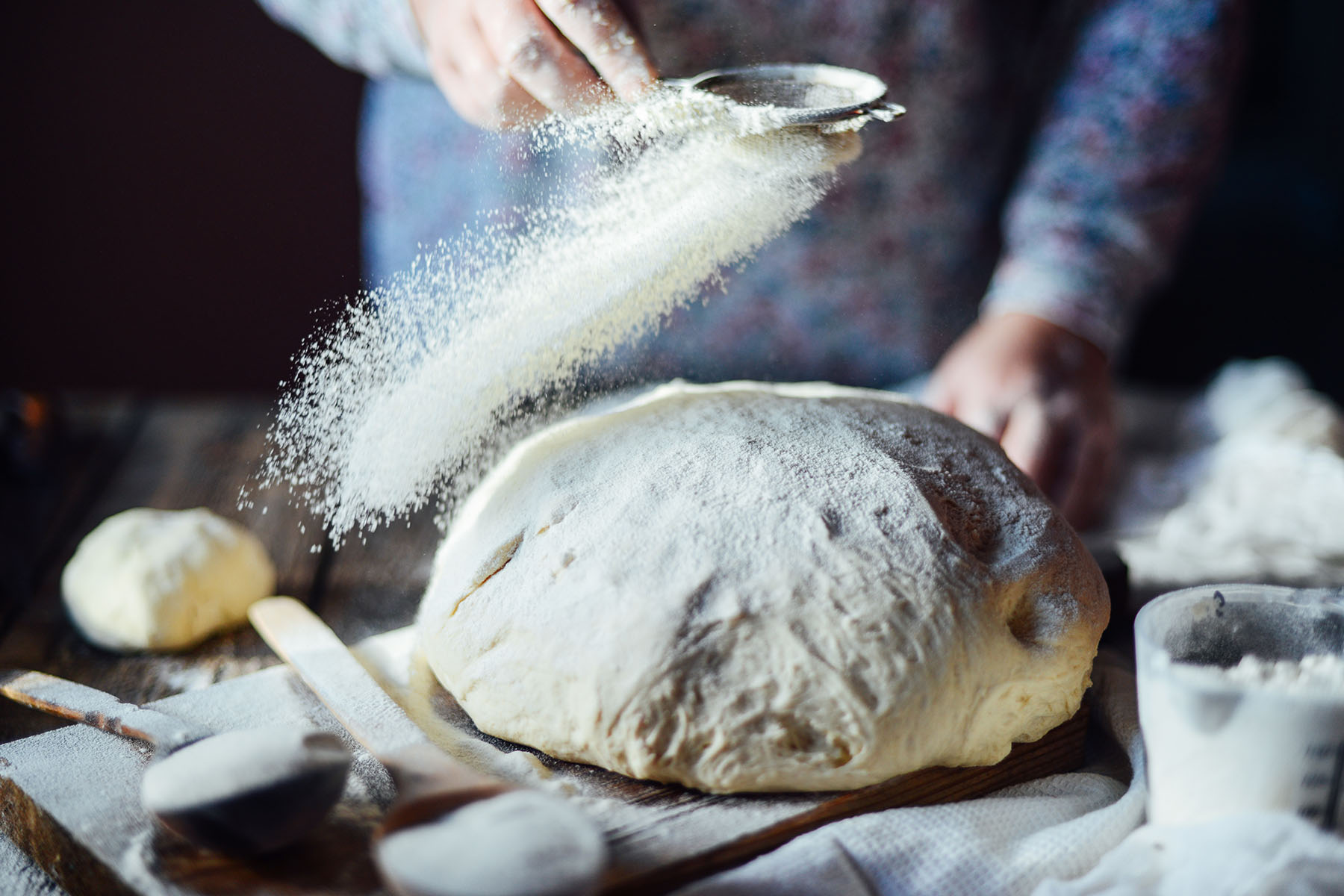 What is a kitchen witch? A kitchen witch practices magic within their own home. Their magic is not based on any divine power or spiritual guidance, but that magic that can be found in the everyday routine. Their craft comes out while cooking, baking, and nesting while tapping into the power of their own intention.

History: Witchcraft and cooking have always gone hand-in-hand. During the late 15th and mid-18th century many of the 200,000 witches (mostly women) were tortured, hanged, or burned at the stake were accused of poisoning food. Even now, our classic image of a witch persists as a woman stirring her cauldron. There has always been a magical and ritualistic nature surrounding food. Like green witchcraft, kitchen witches use herbalism in their food-based magic—but kitchen witchery isn’t just about food. It can also be making a homemade offering to a deity, cleansing and protection your home, and so on. 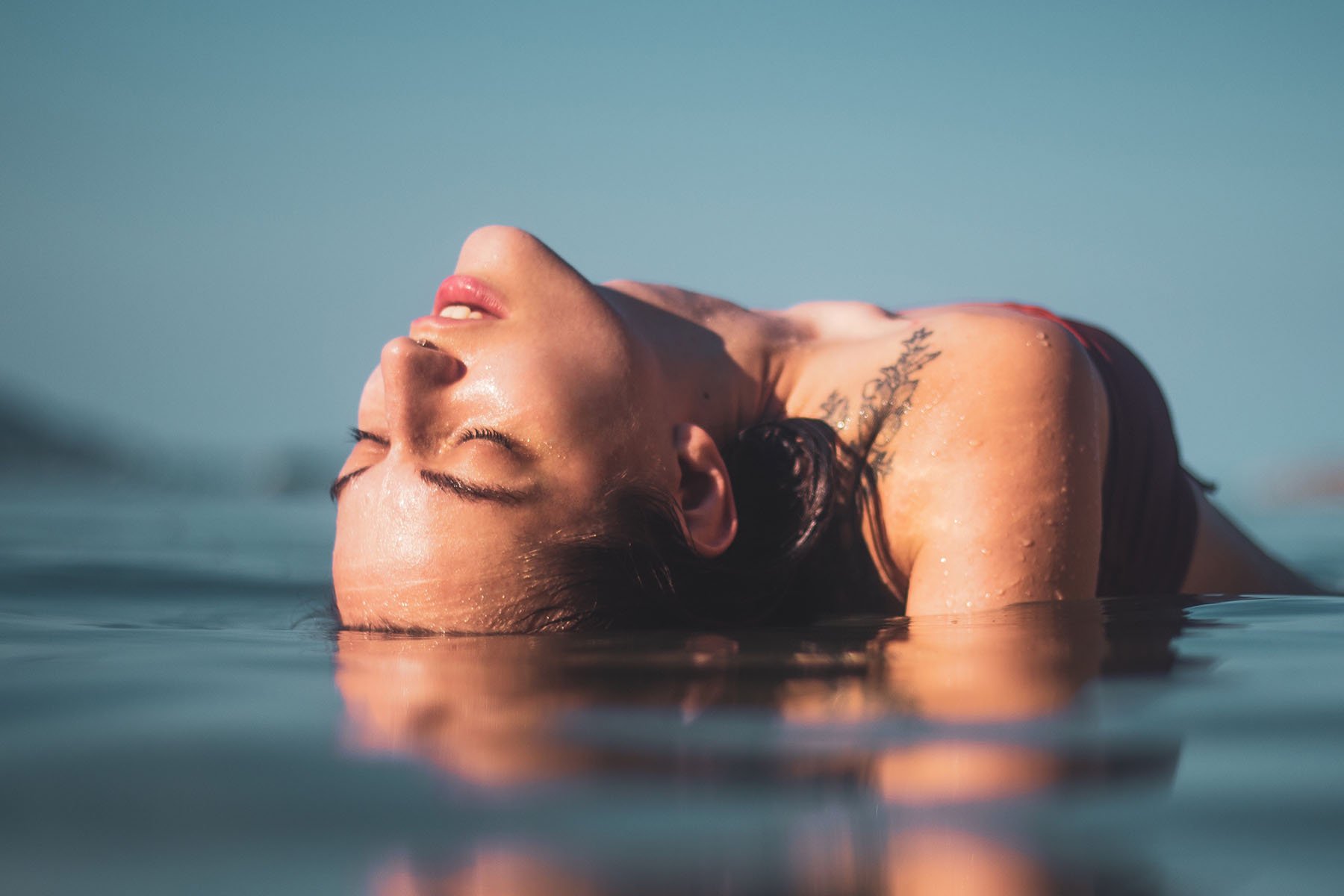 What is a water witch? A sea witch, also known as a water witch, works with the element water in order to tap into their magic. They feel a deep, powerful connection to the water—whether it is the ocean, sea, or lake. This powerful pull leads them to be more aware of their own mystical energies.

History: Sea witches have been found in many cultures throughout history. From the sea nymph Calypso of The Odyssey; Sycorax of Shakespeare’s play The Tempest; even Ursula in Disney’s The Little Mermaid. However, sea witches have a deeper history in mythology. In Norse mythology, sea witches were magical, malevolent feminine spirits who often took the form of mermaids. These witches believed that their power and bond over the sea and tides was born of their worship for the moon. The triple goddess symbol holds particularly deep meaning for sea witches, as it represents the three phases of the monthly lunar cycle: waxing, full, and waning.

Along with praying to the moon, sea witches have had a long history with practicing dowsing, a method of divination for finding water, metals, even gravesites underground by using a Y-shaped stick made of hazel. Dowsing has been around since the Middle Ages, used frequently in Europe until its association with witchcraft caused the practice to be shunned; its legitimacy as a science is still up for debate.

Modern sea witches: Contemporary sea witches may not be luring sailors to their deaths, but they are still incorporating water, weather, and the moon into their practices, finding their own magical connection with the sea. 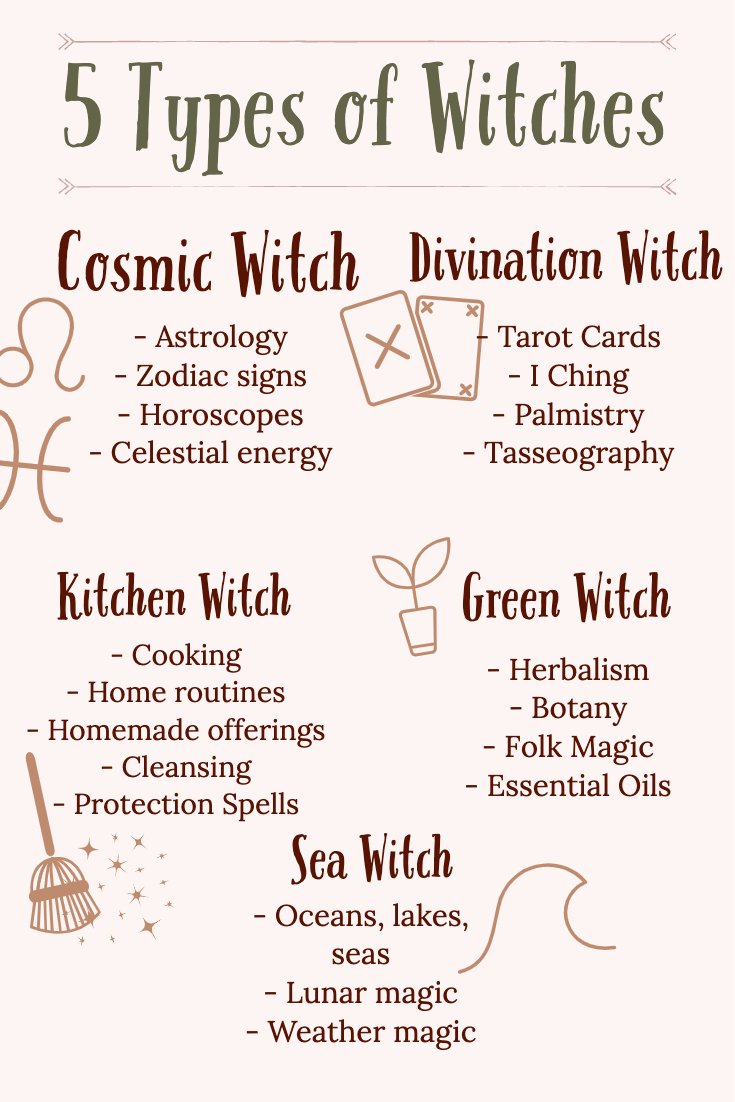