Being the month deep in the heart of winter, February is filled with the anticipation of mood- as well as bond-boosting moments (and we're not just talking about Valentine's Day). As the sun spends two weeks in progressive and eccentric Aquarius season it then shifts into empathetic and escapist Pisces. Thus, the second month of the year is one that lends itself to making dreams real.

This year, thanks to Mercury’s first retrograde of the year—and a mix of Pisces energy and Aquarius energy during it—this February will require being incredibly intentional about the activities you’re putting your time into and what you want to achieve. While the beginning of the year always seems like a time for throwing your foot on the gas in order to pursue your most vibrant goals, we’re tasked with being far more meditative and discriminating now. February 2020 is about looking back in order to move forward.

Here’s how you can use the dynamic, imaginative energy of February’s planetary lineup to find your focus and take your most magical connections to the next level. 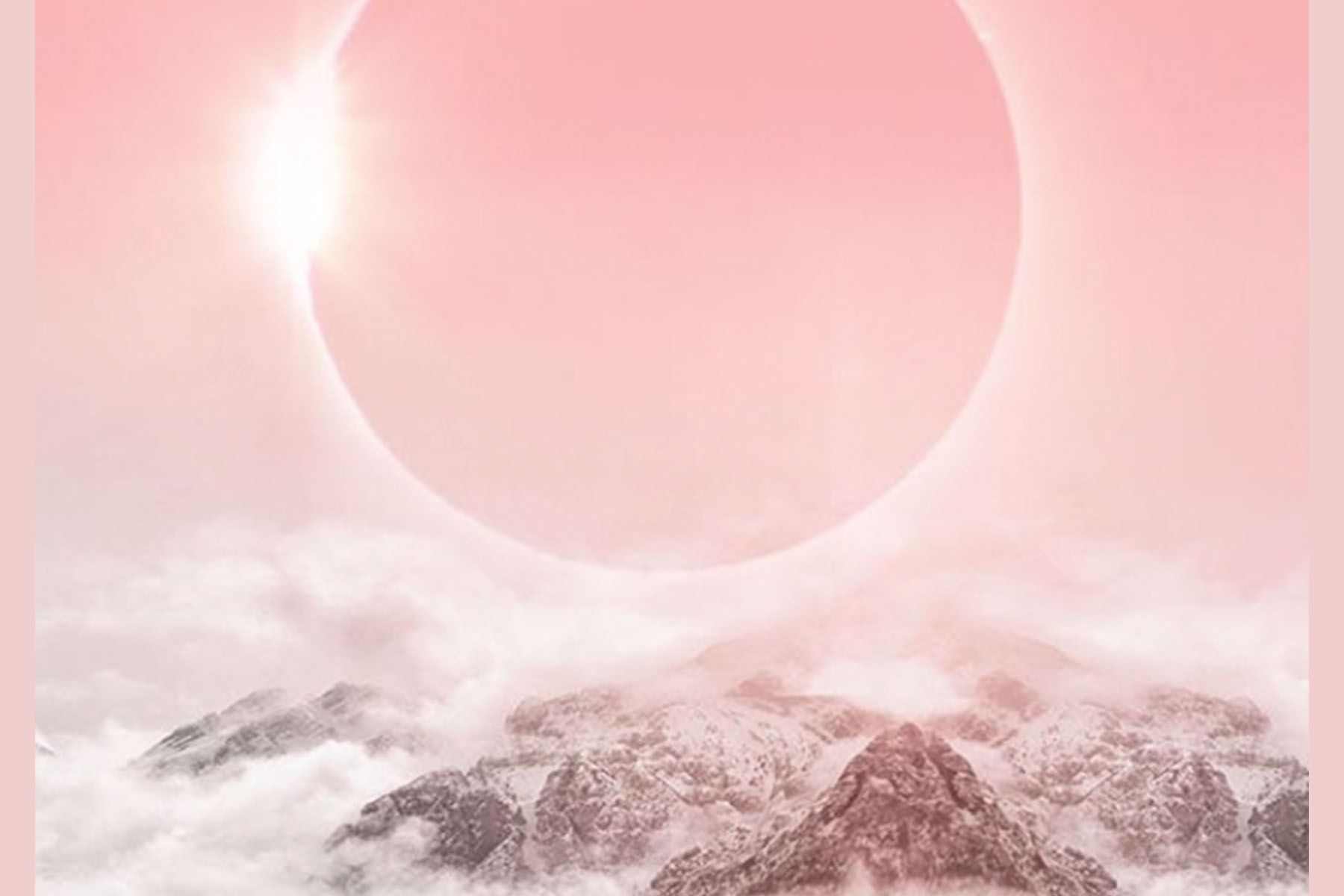 The planet of communication, Mercury, moves through the mutable water sign Pisces, steering away from Aquarius’ pragmatic, logical communication. We'll lean into Piscean escapism and add a dreamy effect to self-expression.

Venus, the planet of love and beauty, spends time in competitive Aries until March 4—imbuing the way we relate to others with a focus on childlike playfulness and impulsivity.

The first backward turn for the communication planet occurs in the dreamy mutable water sign until March 4—then travels through Aquarius for its final push, before going direct on March 9. This will be a time to look back and reflect, especially on emotional issues, before moving forward. And the same day that Mercury goes retrograde, action-oriented Mars kicks off a trip through industrious Capricorn, supporting practical, traditional, rule-conscious moves until March 30.

As if the vibes weren’t Piscean enough already, the confident sun will be in the water sign until March 19, encouraging us to get in touch with your imaginative, spiritual side.

Action-oriented Mars and game-changer Uranus, both in practical earth signs (Capricorn and Taurus), get together promote quirky, revolutionary action.

Pairing up with communicator Mercury, the goal-setting power of this new moon is best harnessed by openly sharing our visions in an expressive way.  The same day, relationship-oriented Venus in Aries squares off against fortunate Jupiter in Capricorn, and we might be tempted to take on more than we can realistically handle.

February 25: The sun and Mercury pair up in Pisces

Although Mercury’s full force might be compromised by its retrograde, this aspect can illuminate our confidence and ability to express our core truths.

Relationships suffering from an underlying emotional issue or troublesome power dynamic will have to deal with a wakeup call when Venus (planet of love) and Pluto (planet of transformation) clash. But it can bolster growth and healing in the long-run.

Here’s what each sign can expect in love and between the sheets this February. (If you know your rising sign, you’d do well to check out that sign’s forecast, too.)

Your Love Life in February 2020, Based on Your Zodiac Sign 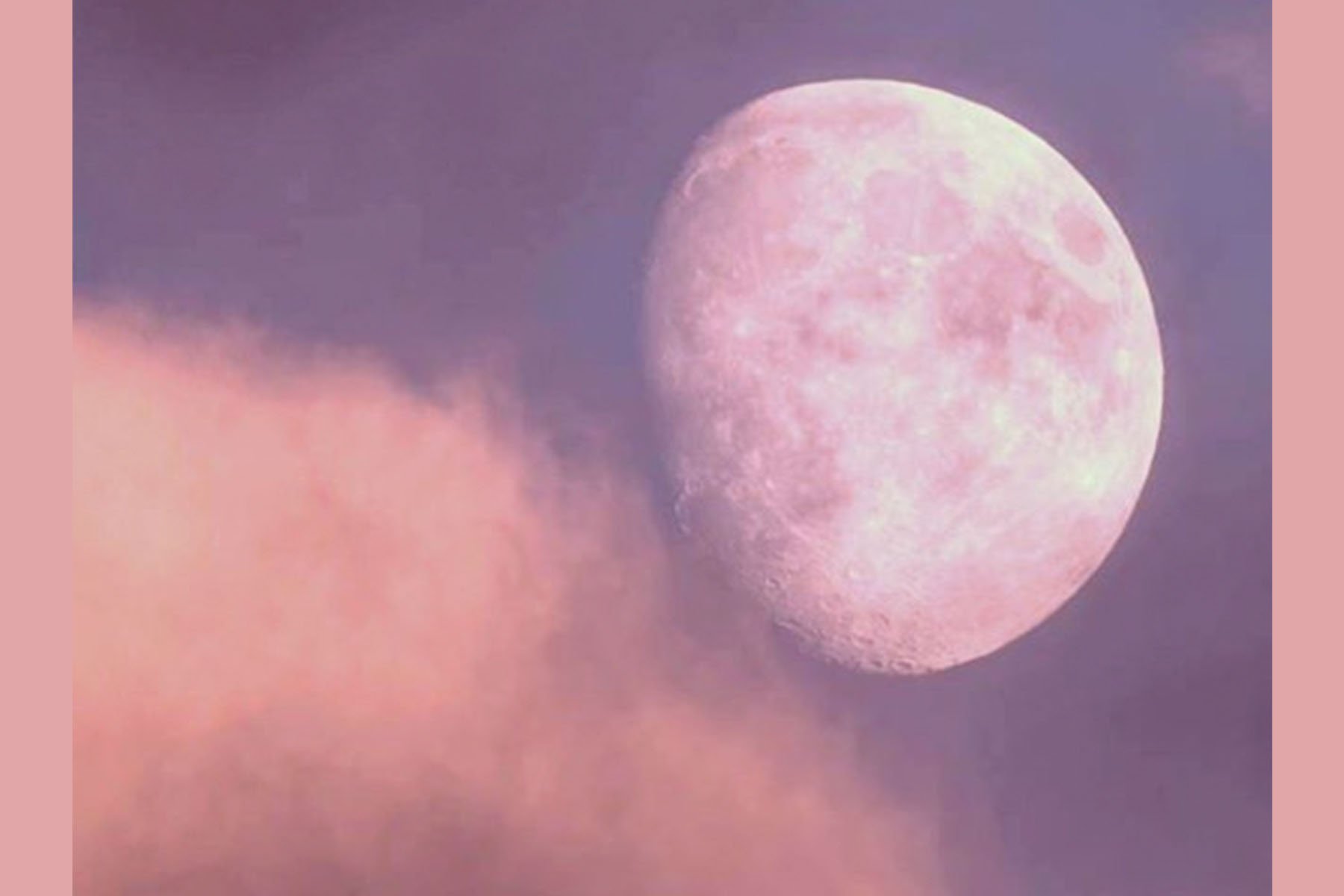 Denying yourself pleasurable experiences will be more challenging than usual from February 7 to March 4 while romantic Venus floats through your sign. Spending time with the people who light you up inside (or one amazing person) is your priority. And then, around February 9, thanks to the full moon falling in your fifth house of romance, you’ll get a burst of spontaneous, self-expressive, inspiring energy you’ll be itching to act on ASAP. And because the moon forms a harmonizing trine to go-getter Mars in your ninth house of adventure, you’ll want to shake yourself out of that mid-winter rut and have an eye-opening experience with your significant other or someone special. The moment could lend itself to lots of fireworks.

You could be drawn to taking a more clandestine approach to matters of the heart as romantic Venus moves through your twelfth house of spirituality from February 7 to March 4. Sending secret sexts, whispering dirty thoughts, or stealthily plotting new ways to explore long-held desires fires up your closest bonds. And while communicator Mercury moves backward in your eleventh house of networking from February 16 to March 4, you might find yourself continually reconnecting with friends and colleagues from the past. If there was a platonic bond that you always mused about, that might be satisfying to jump into this month.

Thanks to relationship-oriented Venus moving through your eleventh house of networking from February 7 to March 4, you’ll want to spend even more time with your platonic connections—even if it’s alongside your significant other. Group dates and after-work happy hours make for lively, colorful conversation and bolstered bonds all around. And around February 9, when the full moon in your third house of communication forms a harmonizing trine to sexy Mars in your seventh house of partnership, you’ll be in your feelings, Gemini. Get ready to open up about your deepest emotions with your sweetheart or a potential match. Although you’re generally comfortable expressing yourself, getting into the psychological weeds and feeling confident in sharing what you discover can be especially empowering.

You’ll enjoy a burst of collaborative energy that you’ll want to put toward one-on-one projects with your S.O., Cancer, while go-getter Mars moves through your seventh house of partnership from February 16 to March 30. You’re fired up to accomplish something you’ve been meditating on for a while now, and you know you can cross the finish line even more readily as a team. Plus, working together will infuse your bond with a passionate new energy. And around February 23, the new moon pairs up with communicator Mercury in your ninth house of adventure, inspiring you to break free of that tried-and-true date night or sex routine.

Anything you can do to broaden your horizons turns you on like crazy while relationship-oriented Venus moves through your ninth house of adventure from February 7 to March 4. Take advantage by planning a weekend getaway with your sweetheart or trying an exotic new restaurant with that hot date. Then, around February 9, when the full moon in Leo forms a harmonizing trine to sexy Mars in your fifth house of romance, you might feel like the time has come to let your creative self-expression rein supreme. By opening your heart and being spontaneous, you’ll feel like you’re being true to your core needs and desires. This makes you even more magnetic to your significant other or a potential match.

While romantic Venus moves through your eighth house of emotional bonds and sexual intimacy from February 7 to March 4, sweet nothings and lighthearted flirtation won’t seem to cut it anymore. You could feel like you need to be utterly swept away by experiences with your lover, and you might actually be more impulsive than usual when expressing yourself physically and emotionally. It’s liberating, Virgo! And while communicator Mercury is retrograde in your seventh house of partnership from February 16 to March 4, you’ll do well to go back to the drawing board on previously backburned projects with your S.O.—or, if you’re single, you’ll want to revisit that dating app or potential match you fell out of touch with. All in all, reconsidering your approach while connecting one-on-one serves you well now.

Bring on the love goggles, Libra. You’ll be all about prioritizing special, bond-building moments that feel like they’re getting you on the same page as your S.O. or bringing you closer to a new connection while romantic Venus moves through your seventh house of partnership from February 7 to March 4. You could even pass on group activities or parties so that you’re able to focus on one-on-one commitments. But around February 9, when the full moon falls in your eleventh house of networking, you’ll do well to juggle time with your sweetheart and your social circle, as planning a group trip or community service project can feel especially fulfilling. And while sexy Mars spends time in your fourth house of home life from February 16 to March 30, you’ll want to staying in more and working on boosting your intimacy with your partner.

You might be compelled to revisit a sexy vacation destination with your sweetheart—or, if you’re a single Scorpio, an old flame. Thanks to Mercury in retrograde in your fifth house of romance, you're bound to see someone from the past, or boost a current relationship up. Basically, what’s old is new again in your relationships, and this time, a fresh perspective could make it clear if these seemingly exciting paths are worth continuing to pursue or have reached their natural conclusion. And around February 23, the new moon in the same zone pairs up with Mercury, making it a sweet opportunity to share your most heartfelt feelings with someone special. Putting these emotions into words can elevate your confidence—in yourself and your bond.

You’ll be feeling especially fun-loving, spontaneous, and flirtatious while romantic Venus moves through your fifth house of romance from February 7 to March 4. This can make you even more magnetic than usual, and in turn, you’ll be sure to enjoy impromptu, sexy date nights with someone special. Your joyful, free-spirited nature is sure to be on display around February 9 when sexy Mars in your sign forms a positive trine to the full moon in your ninth house of adventure. You’ll wear your heart on your sleeve and make it clear that mundane, tried-and-true self-expression and moments are the last thing you’re craving. It’s the perfect moment to own and then take action on one of your wildest, boldest fantasies.

You’ll be reflecting on deep-rooted, unfulfilled desires around February 9 when the full moon is in your eighth house of emotional bonds and sexual intimacy. Carve out time for yourself to get clear on how you can better own your needs and then figure out a way to pursue them in a bold way. Then, your ability to assert yourself is magnified while sexy Mars moves through your sign from February 16 to March 30. Whether you’ve been wanting to take an existing commitment to the next level or step up the intensity of your search for a special match, you’ll have the extra fiery, empowered, and inspired energy to make it happen now.

You’ll be feeling like taking an even more social, communal approach to connecting with your partner or your relationships as a whole while romantic Venus moves through your third house of communication from February 7 to March 4. Think: even more friend get-togethers or hitting up fitness classes with your sweetheart. Then, you’ll be meditating on themes of reciprocity and balancing your needs with your S.O.’s around February 9—when the full moon is in your seventh house of partnership. Bouncing your thoughts off of close confidants could give you a new perspective that fuels your next steps.

You’ll be reflecting on the best ways to project what’s in your heart this month while Mercury moves backward through your sign from February 16 to March 4. Refining your self-expression and being more intentional with how you exert your emotional energy are both worthy endeavors that could ultimately help deepen your relationships. And around February 23, the new moon in your sign meets up with messenger Mercury, and you’ll have a special, annual opportunity to get even more clear on long-term intentions. Talking about relationship goals with your S.O. has you feeling focused and confident.