Hannah Brown Should Pick Tyler, According to an Astrologer

Well before Hannah Brown made her debut as ABC’s 15th Bachelorette, the Southern belle had a following cheering for her to find her true love. After all, not only is the Libra beauty queen a classic romantic, but her feisty “Hannah Beast” side made her an instant icon to Bachelor Nation. Now, over the past several weeks, viewers have gotten to see the Alabama native’s search for a suitor worthy of her final rose, and she’s endeared herself even more to audiences with her fun-loving spirit, confidence, and determination to be unapologetically herself.

With the two-part four hour series finale (yes, four hours) just around the corner, Hannah is down to three contenders who could conceivably become her husband: pilot Peter Weber (a charming Leo), general contractor Tyler Cameron (a likeable Aquarius), and singer/songwriter Jed Wyatt (an intense Capricorn).

Throughout the season, two of Hannah’s finalists—Jed and Peter—have been under fire for ending a current relationship (or simply putting it on ice) to jump on the show. In Bachelor Nation terms, that means it’s possible they weren’t there for the ~right reasons~.

Right-reason-gossip aside, it may also help to look to the planets for more insight when it comes to love matches. Who is Hannah's best astrological match? Here, you’ll find an analysis of Hannah’s compatibility with her final bachelors, based on their sun, moon, and love signs (Mars and Venus). 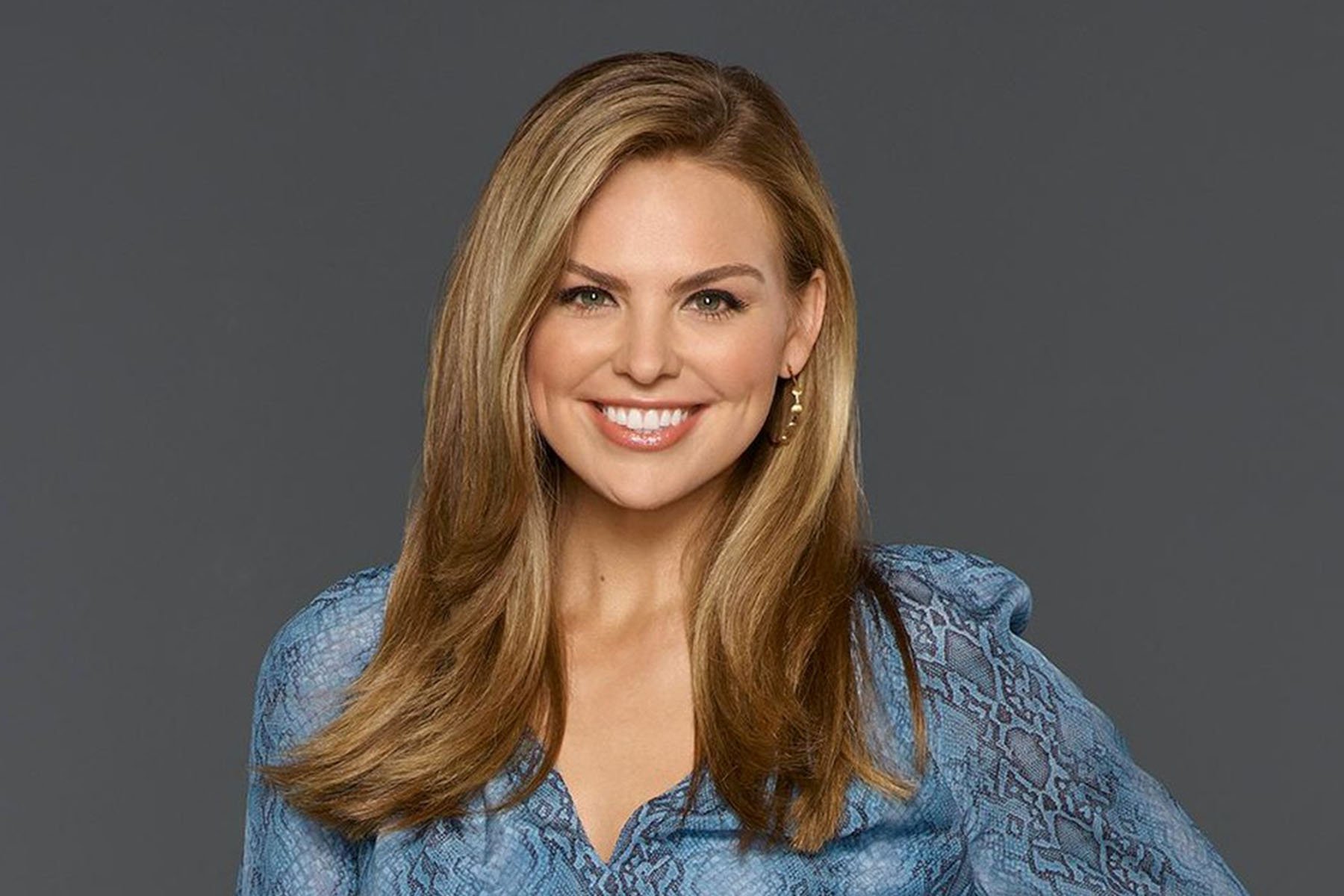 Born September 24, 1994, the beauty queen-turned-interior designer embodies her Libra sun vibes, given that the cardinal air sign is ruled by Venus, the planet of beauty, art, and, of course, love. Though she identifies as a lighthearted, personable peacemaker and social butterfly who prioritizes balance and harmony, this year’s Bachelorette is, at her core, deeply emotional, sensitive, and sexual, thanks to her Venus in fixed, intensely sensual water sign Scorpio and Mars (which shapes how we take action and approach sex) in cardinal, caretaking water sign Cancer.

That Scorpio/Mars and Cancer/Venus combo absolutely reflects the showdown that she had with Luke Parker over her sexual history, and the conversation she had with Tyler over her need to hit the brakes, because, given Hannah’s mushy Cancer Mars and sexy Scorpio Venus, a genuine emotional connection organically leads to physical expression of those feelings.

Meanwhile, her moon (which serves as an emotional compass) in fixed earth sign Taurus fuels her craving for stability, consistency, and a down-to-earth, sensual, homebody-type lover. The pragmatism of her Taurus moon is sure to keep Hannah from making a rash decision and determined to only says “yes” to a proposal from a man who makes her feel secure and seen.

Read This Now: An Astrologer Explains Why Meghan Markle and Prince Harry Are so Perfect 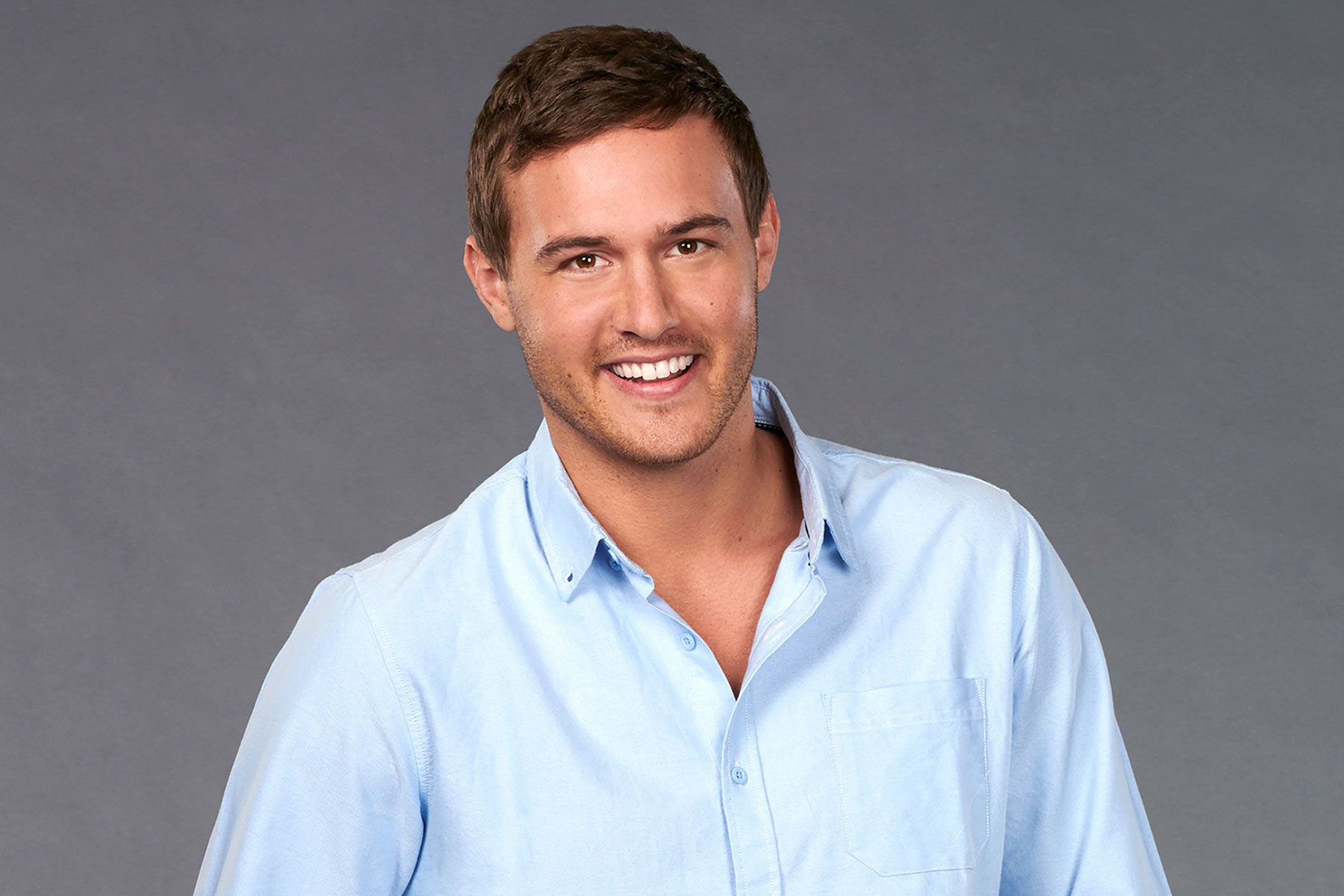 It’s no surprise the dashing pilot from Westlake Village, California was born under sun-ruled Leo, given that he’s clearly upbeat, charming, and confident—all hallmarks of the fixed fire sign’s personality. Need further proof “Pilot Peter” is totally an optimistic Lion? His motto is apparently, “You should live this life always expecting something great is about to happen to you.” That glass-half-full POV has made him an attractive candidate for Hannah’s heart—or the next season of The Bachelor, as some fans are hoping. No doubt that given his Leo DNA, the pilot can claim the spotlight and keep any interested party engaged. After all, Leos are nothing if not charismatic!

Peter’s moon in heartfelt Cancer speaks to the fact that he is obviously family-oriented (he still lives at home) and romantic (though he was slower to say “I love you” than other contestants, once he did, he was all in and majorly gushy). In fact, with his Venus in practical, thoughtful, detail-oriented earth sign Virgo and Mars in changeable, curious, social Gemini, Peter is sure to be super-communicative when it comes to matters of the heart—or steamy time behind closed doors.

Although the Bachelorette lacks apparent fire in her chart, which would magnify her physical attraction and sparks with Leo Peter, the classic love story-seeking Libra is attracted to the pilot’s sense of cinematic romance, stemming from his sun. Leo is the ruler of the fifth house of romance, which also oversees all things fun, playful, and creative. This is a language that Hannah absolutely seeks and is looking for her partner to speak, as well, and she’s found that in her laid-back Californian suitor. Meanwhile, the pair enjoy a sexy conjunction moon-Mars conjunction (his moon, her Mars), as both are in sentimental, sensual Cancer. This aspect makes for a very natural, organic attraction and magnetism.

The pair also share an airy link: Peter’s Mars in Gemini harmonizes with Hannah’s sun in Libra, making it easy for them to be themselves with one another and support one another’s big picture goals.

As if that wasn’t enough, they enjoy a Venus-moon trine (his Virgo Venus to her Taurus moon), which sets a sweet, naturally affectionate tone that was apparent the morning after their night in the Fantasy Suite. They love similarly and easily. In turn, they certainly have the potential to write a lasting love story with one another. 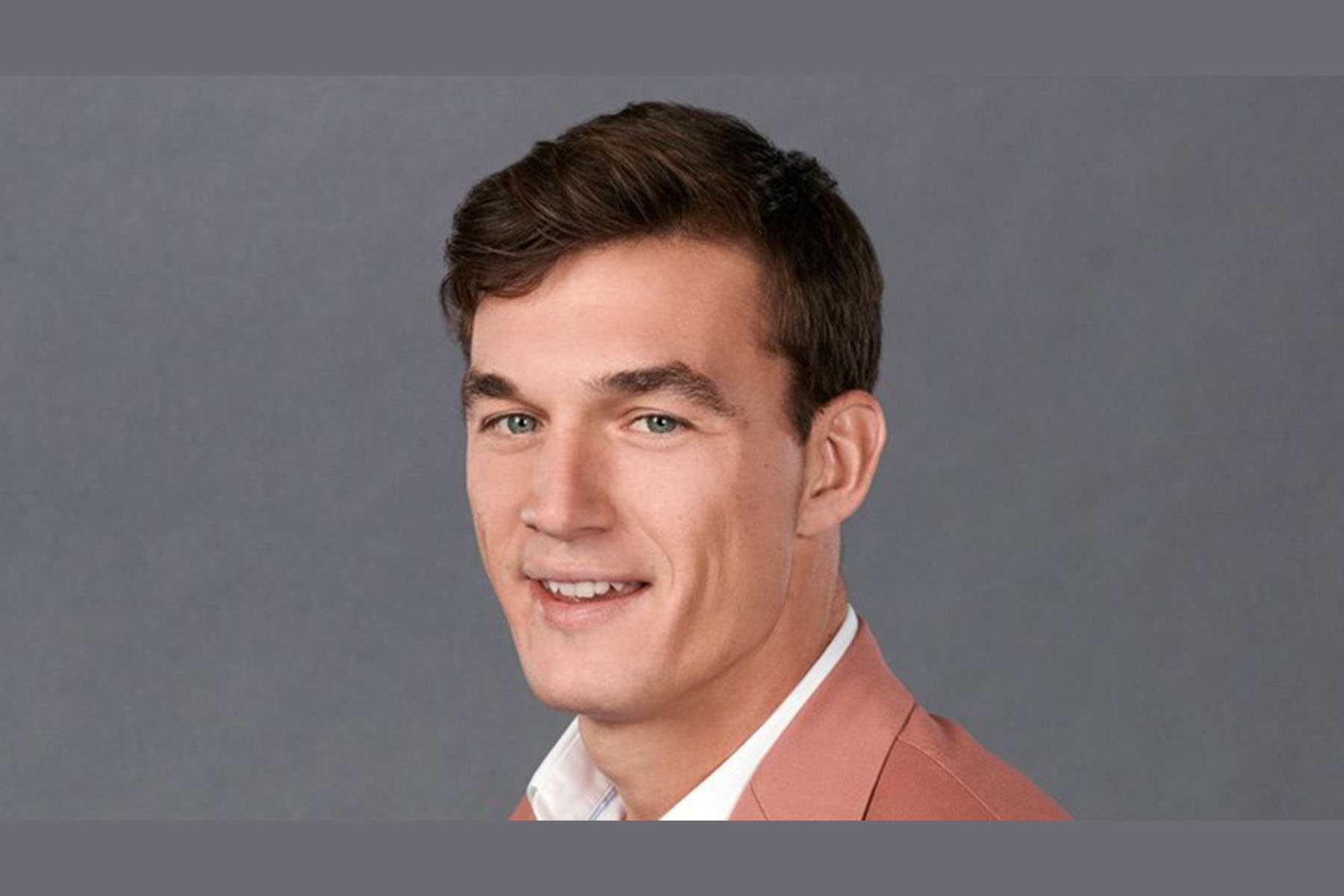 The general contractor from Jupiter, Florida was born under aloof, albeit friendly, quirky Aquarius, which explains why one of his main talking points this season has been that he’s only had one serious relationship. The fixed air sign isn’t a fan of going all in on a romantic bond until they feel its absolutely right. Tyler’s moon in slow-burn, fixed earth sign Taurus is likely another reason he’s held off on full-on commitment.

This isn’t to say that Tyler isn’t a romantic. Given his Venus in incredibly empathetic Pisces and Mars in protective, emotional Cancer, it’s unsurprising the Floridian took a chance on reality show-based love. If his watery, heartfelt love and sex planet placements are any indication, Tyler definitely believes in real-life fairy tales and true love.

The general contractor and the Bachelorette are cut from very similar astrological cloth. That said, it’s no wonder their chemistry is off-the-charts—so much so that Hannah had to hit the brakes pre-Fantasy Suite, requesting that they get caught up emotionally before giving into their magnetic physical connection. Not only do their suns trine one another—meaning they get each other’s energy and feel very much alike and in sync—but their moons are conjunct, as both are in Taurus. This means their core emotional needs are the same, which creates an innate harmony.

While their natal sun and moon signs speak to natural communication and a shared desire for security, the wild sexual chemistry between this pair can probably be attributed to the fact that they have a lot of compatibility in their Venus and Mars signs. Both are total water creatures, whose deeply-felt emotions drive physical expression of their love. Tyler’s compassionate Venus in Pisces speaks to his ability to understand where Hannah was coming from when she said she needed more time before getting intimate. And then, the two have the exact same Mars placement: in Cancer. This Southern-raised couple see eye-to-eye when it comes to a bevy of things—especially their desires, impulses, and approach for moving and shaping their personal worlds. 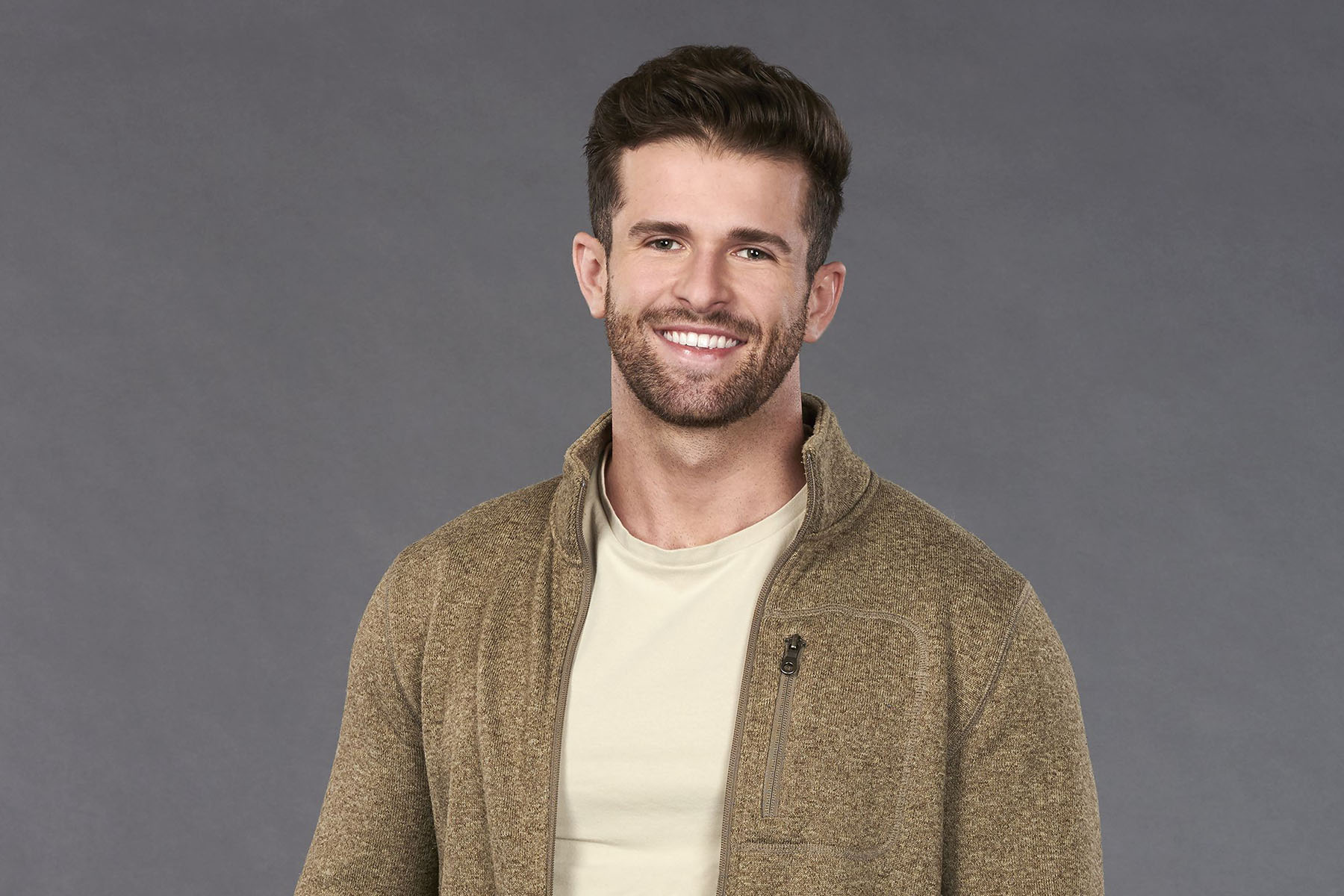 The singer-songwriter from Nashville, Tennessee was born under the serious, cardinal earth sign Capricorn. Ruled by taskmaster Saturn and as the ruler of the tenth house of career, Capricorns have a reputation for being devoted to their professional path more than anything. And Jed not only has his sun in the nose-to-the-grindstone sign, but also his Mars and potentially his Venus (the planet of love moved on the day of his birth, so we would need an exact birthtime to know where it fell).

This might speak to Jed’s dedication to his art and making it in the music industry. It may also indicate that the finalist went on the show to pursue his career goals—not necessarily to find love. There’s potential evidence to support the latter, despite the fact that he told Hannah he loved her faster than Tyler or Peter. Jed has earned the wrath of fans after his alleged girlfriend gave an interviewing claiming he paused (vs. ended) their serious relationship to be one of Hannah’s TV suitors.

Jed’s moon in Aries isn’t exactly a saving grace for the musician, either. While it might indicate that he’s passionate, playful, and spontaneous, it might also indicate that he’s highly competitive, hot-headed, and apt to prioritize winning for the sake of winning.

If the controversial finalist happens to be a triple Capricorn, his sun, Venus, and Mars are all trine Hannah’s moon in Taurus. This boosts a natural understanding of one another’s energies, as well as emotional and physical expression of desires. If his Venus is in Aquarius, that would put it in a harmonious angle to Hannah’s sun; the pair would have a Sun-Venus trine which bolsters mutual attraction. And Jed’s moon in cardinal fire sign Aries and Hannah’s sun in cardinal air sign Libra bring them together as dreamers who excel at initiating projects and seeing the big picture. But the couple appears to be lacking the multi-layered, organic compatibility that Hannah has with either Peter or Tyler.

The Bottom-Line: Tyler C. Should Get the Final Rose

Why? Given their harmonious similarities and downright eerie conjunctions, it looks like Tyler could be soulmate material for Hannah.

Thanks to their nearly identical mix of air, earth, and water signs (element compatibility is definitely a thing here!), placed in a way that almost mirrors one another’s charts, they would have physical chemistry and shared values for years to come. Given their Mars and moon placements in Cancer and Taurus, building security and nurturing a family are priorities they can agree on.

In the long-run, they seem like the obvious bet. But Hannah warned fans that her season finale will be “unpredictable” and “emotional,” so it seems Bachelor Nation would do well to steel themselves for a conclusion that’s more surprising than written in the stars.