9 Signs a Scorpio Man Has Feelings for You

Fixed water sign Scorpio can be one of the hardest zodiac signs to pin down and understand. But, lucky for you, we’ve got surefire ways to figure out whether your Scorpio is playing hard to get or is just not interested.

Scorpio is the mysterious, brooding, intense, and super deep sign of the zodiac—so, of course, they’re hard to resist. And what’s worse is that this zodiac sign rules the 8th House of sex, lust, taboo topics, psychology, and power. Bring any one of those things into a relationship and you’ve got trouble. Bring all of them? And man, do you have yourself a doozy.

You know the brooding, mysterious type from every romantic drama out there; it’s the Edward Cullen from Twilight, the Christian Gray from Fifty Shades of Grey, the Hardin Scott from After. All those characters would make perfect Scorpio embodiments because not only are those men irresistible—but they’re complicated. They have both a push and pull energy about them that screams emotional manipulation to the viewers, but, to those involved, it’s an addictive connection. That’s a Scorpio!

Signs He Has Feelings for You

So, how do you start to understand your Scorpio? How do you know they are into you? Well, you can always get a relationship Tarot reading. But here are a couple of tell-tale signs:

He’s mean to you … but keeps trying to talk to you.

Unfortunately, it’s true. Scorpio has a tendency to push before they pull. Don’t worry, it’s just a defense mechanism. When he falls, he’ll pull with all his might.

Scorpio is ruled by Pluto, the planet of power, after all. So, if he’s not attempting to act powerful or become a power in your world, then he’s not interested.

A Scorpio has no tolerance for surface-level conversation. So, he will only engage in the deep stuff when he’s really invested.

He asks you to hangout—all the time.

If a Scorpio is into you, he might try to hide it but he won’t be able to stop booking your calendar. Honestly, it could even be a bit much at first and you might find him clingy.

A Scorpio man’s eyes will tell you everything you need to know. This sign has some of the most piercing eyes you will ever have the pleasure of gazing into. So, if you see him looking your way all the time, consider it an invite.

Signs He’s Secretly in Love With You

Sometimes (and this is the hardest part to understand), a Scorpio will hide his feelings—even though he knows he’s deep in love. And that’s not because he’s not into you—it’s because he knows that when he falls, he falls hard.

Here are a couple signs that show his real feelings:

He stalks your social media pages.

If we’re being honest, Scorpio can be kind of a creeper. This sign would sometimes prefer to watch, as opposed to engage. So, if you’re uncertain that he cares, you better believe if he’s watching every story you post on Instagram or Facebook that he’s into you.

He prefers to meet you one-on-one.

If he makes it basically impossible to meet with other people around, or would prefer to meet in quiet, intimate settings, he’s involved.

He tries to make you jealous.

He stirs up sexual tension whenever you’re around each other.

Scorpio knows how to get your mind aflutter. That’s just a gift that they have. So, even if he’s not acting “interested,” you can tell that he secretly likes you if he’s actively trying to cause your mind to race. Don’t give him the benefit of the doubt. He knows what he’s doing.

Signs He Just Wants to Be Friends

Yes, sometimes, a Scorpio man will “be mean” or fake his non-feelings for you. But, most of the time, Scorpio people are very honest and direct. It’s a blessing and a curse. They don’t care if they hurt your feelings, but at least you know you’re getting the truth from them.

If this is just a hookup or a fling, he will definitely make it clear that he doesn’t want to be seen or put in the extra effort to do “couple things.”

READ MORE: How Does a Virgo Man Test You?

Scorpio men are complicated and quiet, but they always have feelings. Most of the time, they will share the big ones with someone they trust. So, if you’re not getting any extra info, he might not feel that close to you.

Scorpio is the ruler of ghosting. When a Scorpio feels that his or her time is now done with a certain person, he will simply quit trying.

Do Scorpio men use you?

This sign has been known to manipulate, play mind games, and send mixed signals when it benefits them. It’s what makes them so difficult to understand.

Scorpio men can definitely be romantic when they choose to be! It just takes time for Scorpio men to open up and be real about their own feelings.

Will a Scorpio man let you go?

If he felt it was necessary to let you go for his own sanity or safety, then yes, he would. A Scorpio man will also let go when he has felt betrayed. Scorpios give out one chance and one chance only! 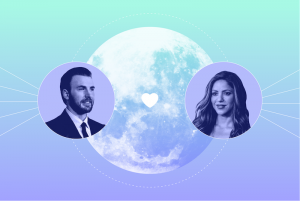 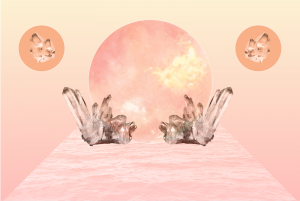