The planet Mercury rules both quick-witted Gemini and practical Virgo, so right off the bat, we know these two sun signs will be heavily affected. It also matters in which sign and in which of the houses of your birth chart the retrograde cycle lands in.

Don't let Mercury Retrograde get the best of you! Get a free reading now.

MAJOR Changes Are Coming! Get clarity with a psychic reading - free up to 10 minutes!

For example, if it's in a water or air sign, like it is for most of 2020, those signs will be most affected. While they can vary from one retrograde period to the next, the basic mix-ups and slowdowns of a Mercury retrograde cycle stay the same. To see how you can expect your sun sign to react to them, check out the info below.

You like to put your foot on the gas and move at warp speed toward your destination, so what happens when you can't? When an Aries hits a sign that says "Road Closed," their temper flares. You can get exasperated to the max to the point where you even want to hit something. But violence isn't the answer during Mercury retrograde, patience is. With Mercury retrograde, this is one time when you can't use your sheer force to get what you want. The more you push, the worse you fail.

Being a Taurus, your steadfast attitude can be thrown for a loop during this time. Not only are things not going well, but now your typically calm attitude is off too. Frustrating, right? Usually careful and considered, you make impulsive decisions during Mercury retrograde which don't jive with your rational way of being. One of the biggest bummers? You miss that close, personal communication with the people you care about. When planned get-togethers go awry, you may blame the wrong people or things. Avoid misplaced anger.

Mercury is your ruler, Gemini, so when it goes retrograde your whole world is thrown off. On a positive note, you're a mutable sign who sees change (even bad) as a chance to make improvements. When Mercury retrograde puts up a roadblock, you just find an alternate route to get where you need to go. TBH, when you're not in too big of a hurry, you welcome the challenge. Prepare for your precious social media apps to be down, though. Ouch.

Get ready for emotional overload, Cancer. The more information (or misinformation) you're bombarded with, the more tempted you are to retreat into your shell—but that only prolongs the inevitable. Moody doesn't even begin to describe how you'll feel as you attempt to deal with the chaos that can be caused by Mercury retrograde. And when things in your beloved home break down, you may start to spin out. Your attempts to insulate yourself from the effects could backfire. You want to remain gentle, nurturing, and loving, but this is a trying time for you.

While it's no secret that Leos love to be the center of attention, your worst fear is to be in front of a group of people and have something go wrong. Enter: Mercury retrograde. This can cause presentations to fizzle and meetings to get off track—all due to things that aren't even within your control. The teleconferencing signal gets lost, or your phone decides to reboot for no reason whatsoever. Contacts may also be lost, causing embarrassment when you need to get in touch with friends or colleagues. Back everything up and think through your plans thoroughly.

You hate disorder, so this can be an ugly scenario for you, Virgo. When your ruler, Mercury, is retrograde, it feels like a betrayal from within. The things you can normally count on to get you through your day—order, routine, etc.—are replaced with chaos and uncertainty. Without organization, reliability, and careful analysis, what are your options? Lean into your mutable sign's adaptability and your earth sign's knack for staying grounded.

Most Libras value their relationships above all else, but Mercury retrograde can cut you off from the people who are your lifelines. Now what?! The way you're used to communicating (social media, text, phone, etc.) may be spotty, so you'll have to find alternative ways to keep in touch. Since negotiations of all kinds can also be thrown off, pay close attention to contracts and agreements. All of the old friends, former coworkers, and exes appearing now can be good or bad news depending on how you ended things the first time.

As a fixed sign, you don't really enjoy the ups and downs that life can throw your way. You're not going to be first in line to ride the Mercury retrograde rollercoaster, but if you have no choice, you're resourceful enough to take each curve as it comes. You're also wise enough to know that even though it may be unpleasant, it has to end sometime. Patient Scorpio can endure almost anything (yes, even giving up that beloved sense of control) as long as you know it will stop eventually.

This retrograde cycle gets you where it really hurts, Sagittarius: your ability to go, go, go. Mercury retrograde is notorious for messing with anything that helps get you where you need (or really want) to go. Bikes, buses, cars, planes, and trains can experience mechanical failures and other general difficulties, resulting in lost time and missed connections. Public transportation, traffic, and travel apps can be hit or miss, so make alternate plans and be prepared to slow down for once.

Uh oh, progress has slowed to a halt and your master plan has hit a snag. You'd rather do just about anything than sit there twiddling your thumbs when there's real work to be done. Having to depend on other people (like the IT guy) to finish their job before you can restart yours is excruciating. Plus, as a cardinal sign, you're used to taking the reins and doing it yourself, so not being in control of your own success or failure drives you nuts. Find some zen as you press reset, Capricorn.

As the high-tech junkie and gadget guru of astrology, this retrograde cycle is a particularly annoying time for you. When your go-to devices are on the fritz, you just might be forced to *gasp* find alternate ways to source your information. Luckily Aquarius, you're an outgoing innovator who likes a challenge, so you may come out of Mercury retrograde with some excellent new contacts or skills to help you get ahead. Making adjustments and adapting is everything right now, and you excel at it.

Your intuition is usually on point, Pisces, but during Mercury retrograde your guesses and "feelings" are just off. With your psychic and intuitive abilities out of whack, the mix-ups that can result leave you feeling confused and out of sorts. After all, if you can't trust your gut, what can you trust? Escape, whether to your happiest of daydreams, favorite secluded beach, or beautifully curated Instagram feed, won't be easy right now either. This troubling time will require all of your creative abilities to find real solutions. 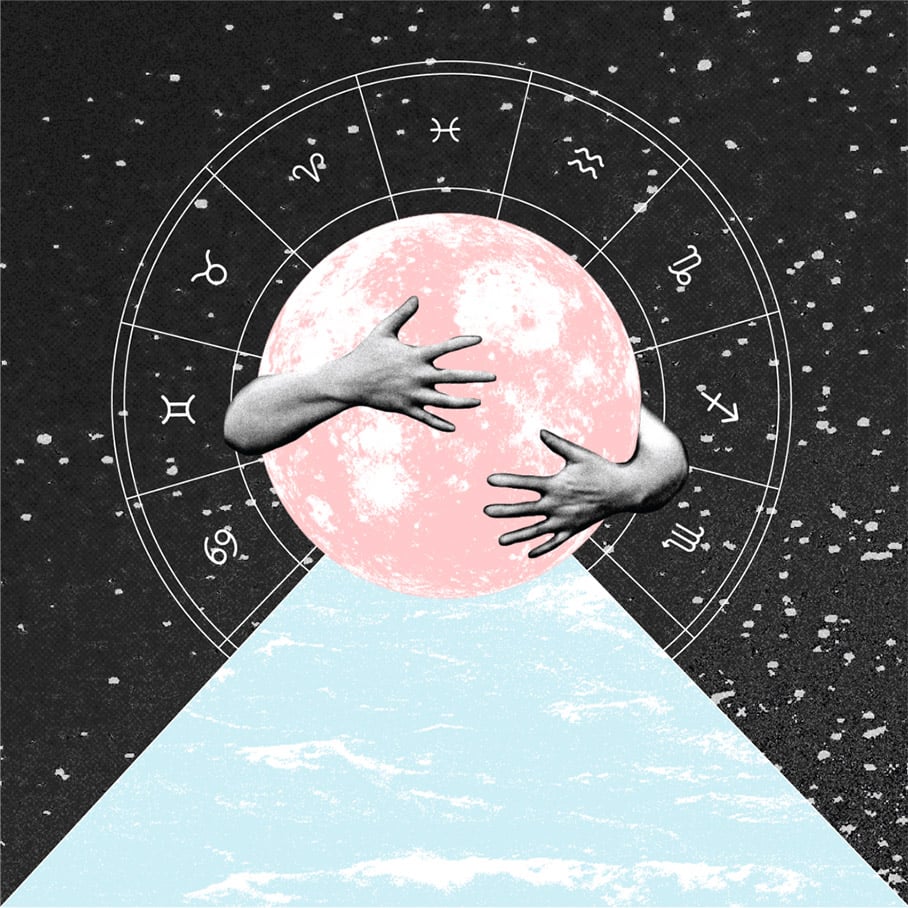