The Creepiest Friday the Thirteenth Stories We’ve Ever Heard

1. An Unwelcome Guest
I do theatre for a living, and work in an old theatre that was built on top of an old Civil War Nursing ground. Always weird things happening, items being moved around, computers or lights shutting off for no reason. 3 people have died in the building since it opened in the early 60’s. My personal GTFO moment, I am programming lights around 3 am. My assistant and I are the only ones in the 600 seat auditorium. We look behind us. There is a guy pale white sitting a few rows behind us, with his jaw dropped wide open. I don’t even shut down the light board, i just get the hell out.—Reddit user BaldEagle88

2. No Singing Allowed
In Toronto, Ontario, Canada. There is a place call Old Finch. Upon entering the area at night, there will be suddenly be a thick layer of fog and the temperature would drop drastically. As you walk down the road towards a bridge near Morningside. Do not sing Happy Birthday to Candy. The girl who was murdered there will either scream or start crying.—Reddit user VeeGeeTea

3. Unsettling Lights
More urban legend than superstition, but there’s a town in southern Arkansas with a strip of haunted train tracks. Supposedly, many years ago, a rail worker was struck and killed there late one night. The worker was carrying a lamp when he was hit, and legend has it, if you go out there at night, you can see a floating light wandering the tracks. I’ve never seen it myself, but everyone in my family has – my parents even have a story about being attacked by someone out there when they were teenagers, but whether ghost or transient, that’s another story altogether – and many others people I’ve talked to about it, be it friends or locals, say they have seen it as well. It’s a well known local legend, pretty sure it has some decent internet presence too.—Reddit user slightlyunderwhelmed

4. Making His Presence Known
The house I used to live in was owned by a guy who everyone called Mango Ron. He had a lot of mango trees in his yard and figured out how to splice different branches onto the same tree, so for instance one tree could have multiple types on mangos on it. He ended up standing on a chair on the back porch and killing himself. That porch got turned into the master bedroom before we got it. I had two friends over and was telling them the story about the guy and as soon as I finished we hear this loud crash in the kitchen (right next to the bedroom/old porch) and as I rounded the corner I saw a pot spinning to a stop on the floor. There is no reason that pot should have fallen off the counter, it wasn’t leaning against anything or barely on the edge, nothing.—Reddit user bonedead

5. Electronic Shakeup
When I was in high school, a friend of mine told me about Slender Man, and being an idiot, I looked it all up. Gobbled up as much about it as I could. To the extent that I had trouble sleeping for like six months. I always went to bed with my mp3 player, because Slender Man’s extradimensional nature messes up the electronics in its vicinity. So in the mean time, relaxing music until I fall asleep, and more importantly I know whether or not I’m about to be murdered or disappeared by a strange creature resembling an inhumanly tall, emaciated man with no face in a pitch black business suit. Worked pretty well. Until the time my mp3 player broke at two AM and bombarded me with distorted audio. The screen was pixelated and distorted as well. I legitimately thought I was going to be eviscerated, impaled on a tree with my organs carefully sorted into plastic bags, with my house burnt down, my parents killed or relegated to a mental hospital, and my sister vanished into the fog, never to be seen again! Of course, that didn’t happen. There’s no such thing as the Slender Man. I turned on the lights to an empty room and replaced my mp3 player ASAP. —Reddit user Adekis

6. All By Itself
So I woke up yesterday, my husband had already gone to work, and I was alone with my son, 6 months old, who had been asleep as well. I felt a weird charge in the air. Like a heavy static. I sat up and looked around. I couldn’t believe my eyes. His favorite toy, his singing plastic duck, was in the air just hovering four feet off the ground. I looked to my son, and he was sitting up, staring intently at the toy, his face scrunched up in concentration. I still don’t know what to think. Was it a ghost? Was it my son? I dont know, but I did a big cleansing of the house and put a salt circle around his crib, just in case… — Reddit user polymommy 6712

7. Self Hypnosis Help
So I struggle to sleep most nights properly. Due to stress, built up tension .ect So I thought it would be a good idea to self hypnotize myself to sleep. I started by saying “sleep”, “deeper” as I breathed in and out a few times. Now usually when you hypnotize yourself you tend to not see random imagery and certainly not immediately, but that’s what happened. While I was saying my mantra I kept seeing traffic, just traffic but extremely vividly (like I was there). My mantra then changed without my conscious permission to “noises are fine and natural, no need to be scared”. While I was seeing more traffic my voice in my head (who was saying these mantras) changed to the voice of a high American black guy (keep in mind I’m a white British girl). So this new voice then tells me that “we’re going to countdown from 100 until you go to sleep”. At 98 the imagery changed and ‘I open my eyes’ (I was 100% convinced I just had) to my bedroom. It’s dark with a red glow lighting up my room through my curtains. Weird right? Well not as weird as the low whispers and demonic screaming I heard coming out the window. Then it’s as if reality did a jump cut and now I’m back awake and utterly freaked out. What’s wrong with me?—Reddit user Acrid-Ash

8. Three’s Not Company
My fiance and i were living together in our first apartment. It was a small house that had been converted into two separate apartments. Our friend lived in the other apartment next door. This fact will come into play later on. I work thirds so my fiance and i would stay up until about 0200 to 0300. One night we had gone to bed and there were thick storm clouds outside blocking all light from the bedroom and making it pitch black. We did the normal thing, and talked to each other until we both fell asleep together. About two hours later. i woke up to my fiance shivering and shaking. She asked me to run her a warm bath because she was freezing. I did so and helped her get in it. She told me it was too cold, and so i drained it and refilled it. Again she said it was too cold, and proceeded to fill it herself. The water was scalding hot, but she sat in it still shivering and saying she was cold. So she sat in it for a while, and then drained it and refilled it again with scalding hot water. After this didn’t work she dried off and climbed into bed wrapping herself in all the blankets and comforters we had. I mean every single one. There were at least a half dozen comforters wrapped around her. I insisted we take her to the hospital, but she refused. Finally we agreed that after we woke up we would take her to the hospital. She finally stopped shivering and was starting to fall asleep again. I watched her sleep for a bit worrying about her more than the things around me. She then turned toward me and said, “Tell the man to stop making the bed rock.”. I was confused until i realized the bed felt like it was moving. In a panic i jumped out of bed, darted past the figure, and threw on the lights. There was no one there, and my fiance finally fell asleep. The next morning we told our neighbor about this and she turned pale white. Around the same time as what was happening to us she had a nightmare that there was the same figure standing over her as she slept. I think this was a wandering spirit, or an omen for something. Because we never saw him again.—Reddit user tauntauntom

More Need to Know Astrological and Magical Info to Get You Through the Week:
When Jupiter Moves Into Scorpio, Every Sign Wins. Here’s Why
Seeking Answers? An Oracle Deck May Be the Key
Want to Heal Yourself With Herbs? Here’s How!
The Wildest Match for Every Zodiac Sign
These 5 Crystals Will Get You Through Fall 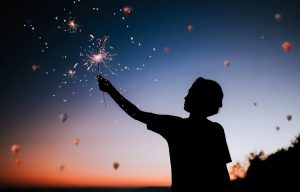 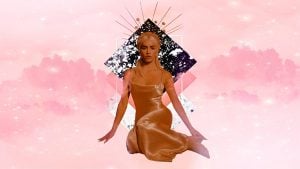 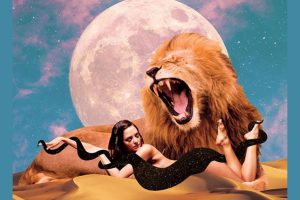