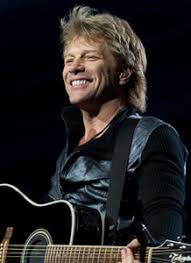 March 02 | pisces
This Pisces is a sensitive guy and is now ultimately know just as much for his philanthropy as his music career. Bon Jovi serves as an ambassador for many organizations, like the Special Olympics, the American Red Cross, and his own Jon Bon Jovi Soul Foundation. Photo: Lunchbox LP via Wikimedia Commons