How to Stop Mercury Retrograde From Ruining Your Holidays 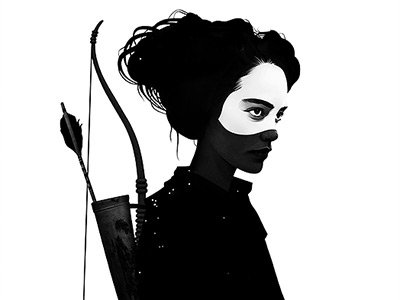 This article was originally published on August 8. Mercury in retrograde can confuse everything, especially around the holidays, when traveling, communication with far-flung relatives, and gift giving are front and center. Luckily, with some savvy, you can avoid Mercury mishaps. Here’s how. And a Christmas gift for those who celebrate: Mercury moves out of retrograde on December 22, leaving the planets moving direct in time for the New Year. One thing to note about this Mercury in retrograde: It coincides with a super moon on Saturday, which may amplify the effects. In other words, expect this coming weekend to get complicated. — Horoscope.com editors.

Phones break, checks get lost, contracts are misread, meetings get double booked, and confusion swirls in almost all conversations. Welcome to Mercury in retrograde, which begins December 2 (although we’re in the shadow phase now) and ends on December 22. The good news: Everyone, no matter their sign, is experiencing the same shakeups. We’re all in this together. The bad news: No one is immune to the disruptive forces of Mercury in retrograde. So, what are you supposed to do these next three weeks? First off, don’t panic. With a little preparation and foresight, you can avoid some major missteps, and actually thrive during this season. Here, what to know, what to do, and what to avoid so you can come out on top!

First off, while you’ve likely heard the phrase “Mercury in retrograde” a lot, what does Mercury in retrograde actually mean? When Mercury is in retrograde, Mercury seems to move in an opposite direction from the rest of the planets orbiting the sun (from west to east, instead of east to west). But the planet is not actually switching directions. Instead, as the earth passes Mercury, it is simply moving at a faster rate, creating the illusion that Mercury is moving in the opposite direction. Illusion or no, this effect can absolutely cause a huge disruption in your everyday life. This August, Mercury begins its retrograde path in Virgo and ends in Leo. What this means is twofold. First, both Leo and Virgo will especially feel the effects of the planet’s path, and should be extra careful in what they sign, promise, and agree to for the next few weeks.

Second, the powers of these signs will be supercharged in the next few weeks, making it the best time to make big lifestyle changes—which is different, just to be clear, than making big career moves, a no-no. For example, mutable earth sign Virgo rules efficiency, health, and cleanliness, making it a great time to change routines and try new things in these areas. Meanwhile, Mercury in retrograde ends in Leo, the fire sign that rules self-presentation, courage, and idealism. The end of Mercury in retrograde is a great time to take stock of your beliefs and only commit to what you truly can stand behind. Here, how to harness the magic (and avoid the chaos) of Mercury in retrograde.

Get a map to your future, with a free psychic reading.

Things not to do when Mercury goes retrograde:

Avoiding these things while Mercury is in retrograde will ensure smooth sailing once the planet goes direct.

1. Don’t sign contracts without triple-checking the fine print.
Mercury wreaks havoc on communication, so make sure you know exactly what you’re signing or agreeing to before you do it. If something seems off, hold off and ask questions. And make sure to have plenty of backup material corroborating your actions. For example, if someone verbally agrees to something, follow up with a email to make sure there’s a paper trail and you both are on the same page.

2. Don’t buy new electronics.
If you can avoid it, spring for a flatscreen or smartphone upgrade once Mercury moves to its next phase. Electronics are likely to go haywire anyway, so you might as well hang on to what you have until the planets have sorted themselves out.

3. Don’t talk behind people’s backs.
Ideally, you shouldn’t be doing this anyway! But you can pretty much be guaranteed that the person you’re talking about will hear you (or read the text, or see the email) in the next few weeks. Until retrograde season has passed, assume anything you say will be heard by pretty much everyone in your circle. Which is good practice and awareness for the rest of the year!

Things to do while Mercury goes retrograde:

One benefit of Mercury in retrograde is that it brings back the past. In other words, it’s a great time to tie up loose ends with a past relationship, project, or idea. Since communication is affected by Mercury in retrograde, it’s also a great time to figure out exactly what you want to say, including what you stand for. Wishy-washy language won’t be tolerated—instead of saying “maybe” when you have no intention of doing something, just say no!

1. Do back things up.
Ideally before Mercury turns retrograde, make sure all important documents, photos, and other information is backed up. It’s also a good time to make sure that all your finances are in order, and address any discrepancies ASAP.

2. Do tie up loose ends.
Whether it’s finally doing a home improvement project or tackling a task you’ve been putting off at work, Mercury in retrograde is a great time to finally get to it. In fact, these few weeks are a bad time to start any new projects, so you may as well finish what you already have on your plate.

3. Do try a new workout.
Sign up for a 5k, try a new yoga studio—with Mercury transiting Virgo, it’s a great time to try a new fitness routine. It may not stick, but if it does, this could be a passion for life!

4. Do have fun!
One great thing about Mercury in retrograde is that it asks you to go with the flow of the universe. The universe wants you to have some downtime, so if things are frustrating, not working, or otherwise causing you problems, why not hold off and get to them in a few weeks? Of course, you shouldn’t shirk on your work or blow off deadlines, but these really are optimal weeks to focus on health, friends, family, and people you love. Bonus: Spending time with no-drama people can minimize the impact that Mercury in retrograde has in your life. See? You have the power to turn this one around—go for it!

Feature illustration by Ruben Ireland. Find his work on Society6.

For more advice on how to tune into the power of the stars and planets, check out these articles:
How the Moon Can Make or Break Your Sex Life
Know Your Period, Know Your Power
For a Tattoo You’ll Never Regret, Tap Your Zodiac Sign 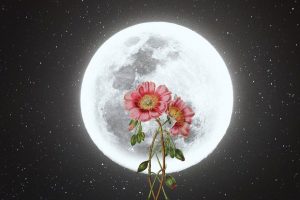